Category
About tea About coffee

Tea and its aroma is an aspect long associated with OXALIS. This came about in 1993, when the first store in the centre of Zlín opened just one year after the company had been founded. The shop was not very successful initially, as loose tea was relatively uncommon in the early 1990s, so only the most curious people actually discovered its delights. Then came the idea of selling tea in large, transparent glass jars, which allowed customers to view the contents, discern the texture and take in the aroma. These have remained a feature of our shops ever since. 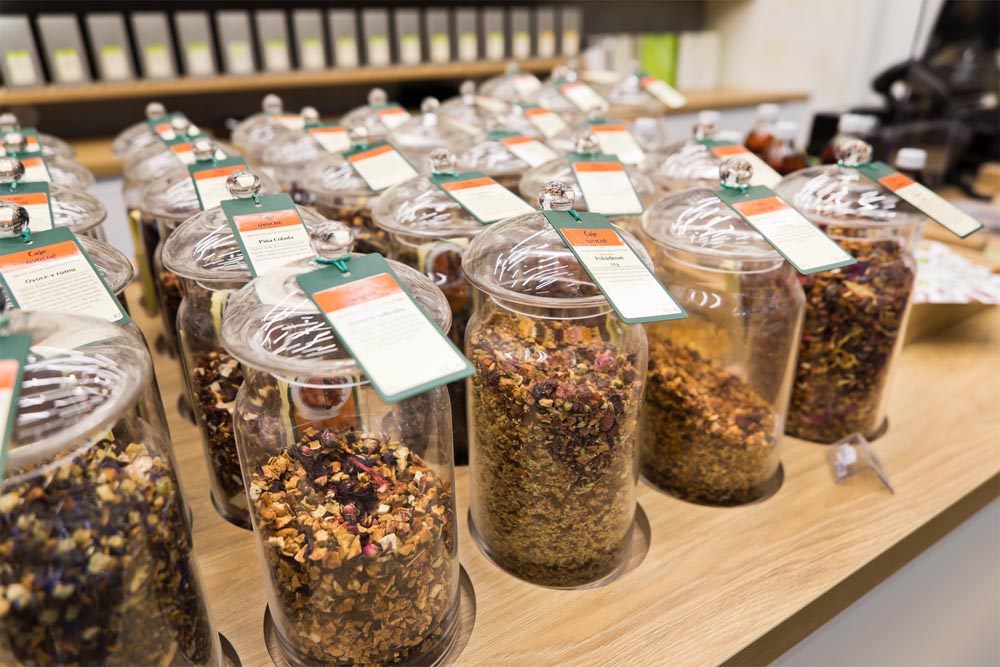 The autumn of 1996 saw the opening of the first retail outlet in Prague, in the Vinohrady Pavilion shopping centre. This immediately proved a hit with locals and visitors to the country’s capital, which encouraged us to create another a year later in the city’s Černý Most centre. Since these both performed well from the outset, the decision was taken to expand the retail network.

At the same time, efforts were being made to extend the range beyond loose tea to include coffee, new flavoured teas and blends produced in-house, and related accessories. By the year 2000, five OXALIS stores were up and running, and we had begun to cooperate with franchise partners. 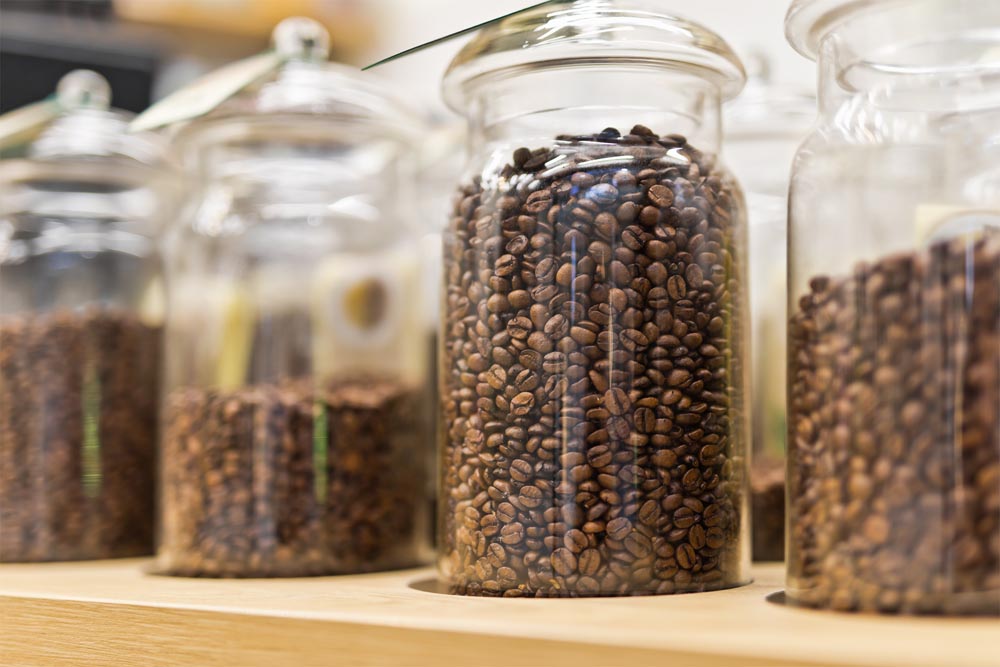 The initial attempt at franchising proved worthy enough for us to develop our approach further. To this end, the company joined the Czech Franchising Association in 2011, and our eventual concept for franchising won us the title "Franchisor of the Year for the Czech Republic" in 2018. We help franchisees set up their businesses, and they receive all the necessary know-how from us. A tried and tested approach, it permits them to get started with a minimum of risk.

Today, the retail network in Czechia and Slovakia comprises 35 stores run by the company and 31 franchise outlets. Naturally, a loyalty card system exists for customers. Dubbed the Bonus Club, points are earned for purchases made at any of these shops with the card, which then can be offset against other transactions. A full list of OXALIS stores in Czechia and Slovakia can be viewed here: https://oxalis.cz/cs/prodejny

The decor and look of OXALIS shops

The stores initially featured elements of dark wood in a shade resembling cognac, with a proliferation of our trademark glass jars filled with loose tea.

The time for a change came after 20 years. The first to be altered in 2015 was fitted out in a style we referred to as ZEN. Characterised by wooden fixtures in a light gray colour contrasted with large, dark tiles, the space was somewhat minimal in appearance. While the glass jars with tea of certain types and coffee remained on customer-facing counters, the pure teas were stored in tin caddies instead and placed in a section directly opposite the entrance. 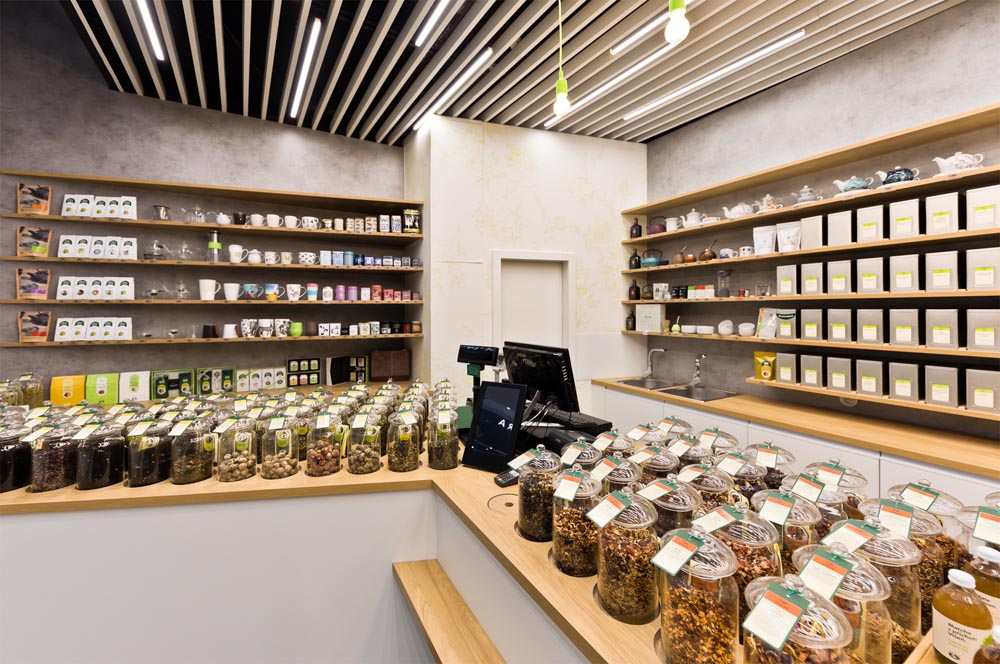 Although the transition to ZEN was a great improvement, further enhancements were necessary and a warmer atmosphere was needed. Consequently, we drew inspiration from something the Danish refer to as “hygge”, meaning cosiness and contentment through simplicity. The resulting design was first lent to a new flagship store in central Prague’s Vodičkova Street in the summer of 2019. The furniture is white, while the counters and shelves of light wood are finished in a warm, natural tone, and this look is complemented by a contrasting light green floor. The effect is to create a space that is both cosy and comfortable, where the colours contribute to one’s mood and are calming and relaxing. Other stores shall be refitted to this design over time. 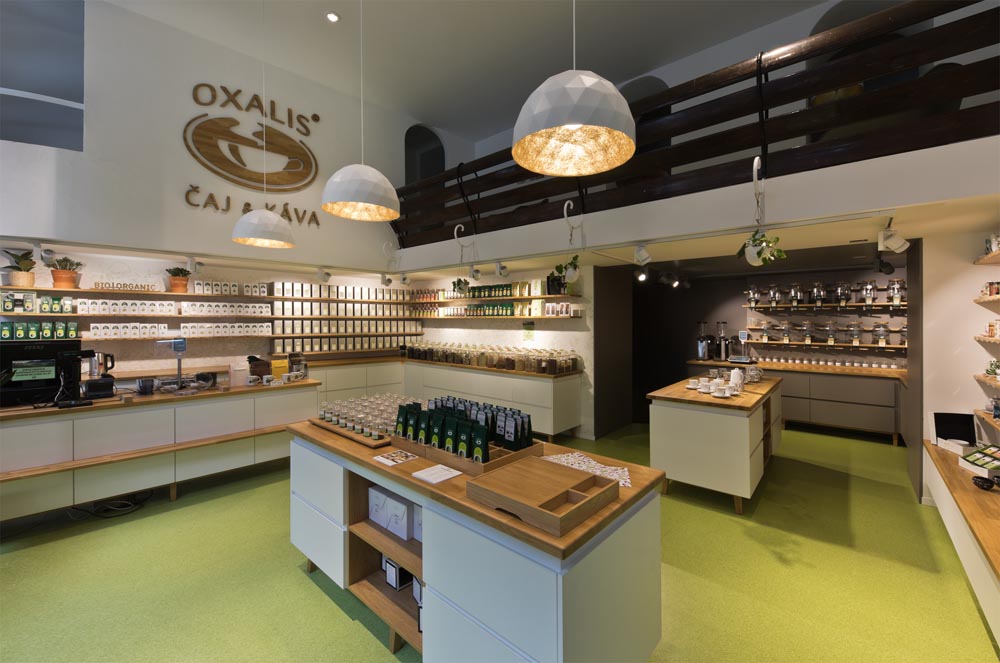 In 2019, the stores were enhanced by adding large display screens at entrances, meaning that electronic signage has replaced the paper posters which used to be a feature. In addition, smaller screens are situated near the cash register that display up-to-date information, special offers and upcoming events, as well as footage of tea gardens, tea being processed and coffee being roasted. 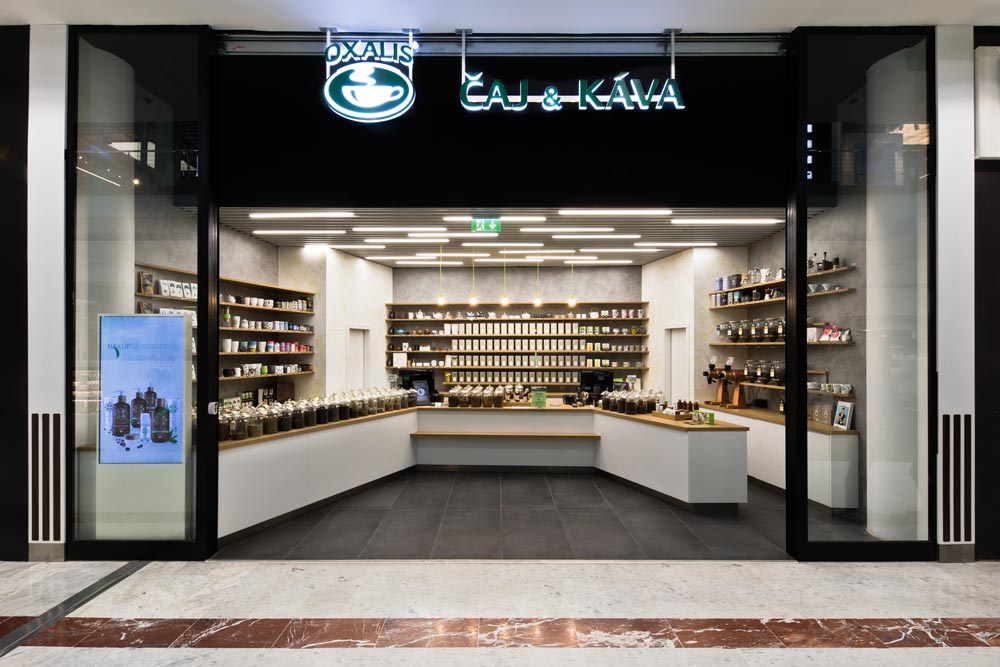 As a result of the pandemic in 2020, it was necessary to alter how goods are sold. This is why we introduced the Click & Collect service. Customers order items online at OXALIS’ website and select the store they want to pick them up from. A highly convenient option, there is no need to wait in a queue and the orders are prepared very quickly. 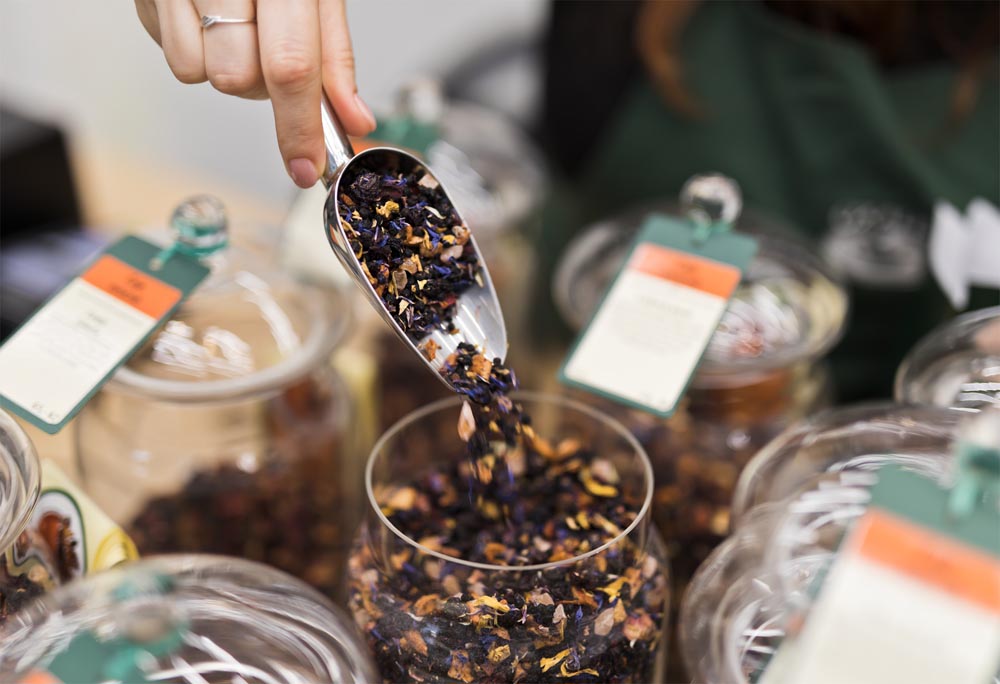