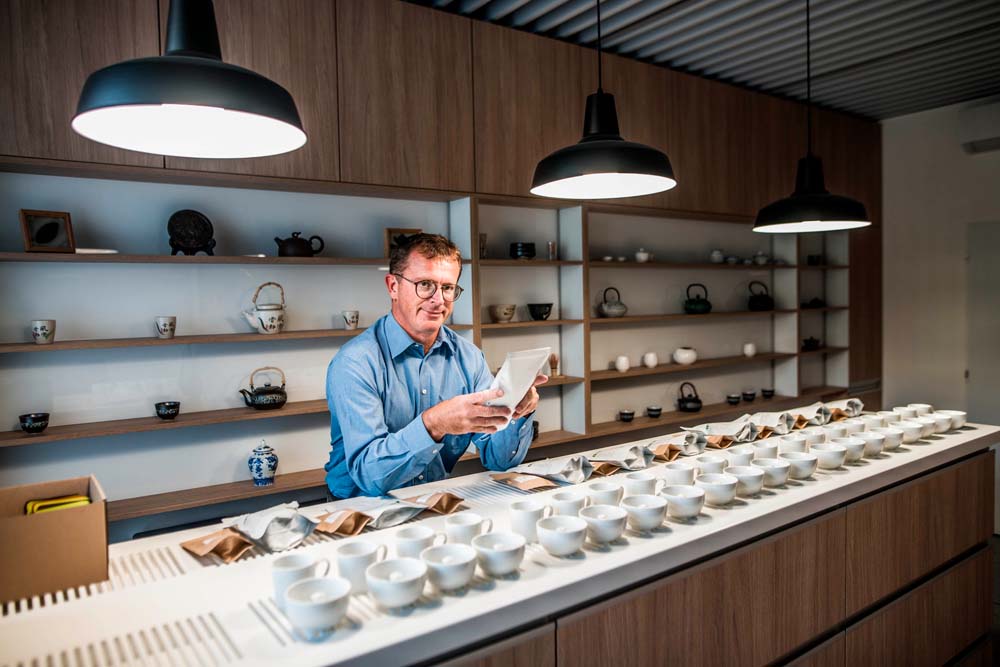 It all started in the summer of 1992 on a trip to Sri Lanka. The Buddhist country was full of smiling faces, humble people and seemingly endless tea plantations, the first I’d ever seen in my life. The aroma of the fresh tea and the postcolonial atmosphere was a heady combination. My homeland of the Czech Republic had recently undergone a revolution, which I felt in stark contrast to the peace and tranquillity on the plantations. I came back a changed man and a plan began to form in my mind. I saw strength in simplicity, in the desire to do one thing and do it properly. After three years in business purely in pursuit of money, I suddenly wanted to imbue my life with something of that Buddhist peace and modesty.

I spent a year mulling over the matter, then acted in the summer of 1993. I founded a company exclusively dedicated to tea in its natural loose-leaf form. The name for the company came about when at home with my wife enjoying tea on a Saturday. We found several Latin names of plants that sounded good to both of us, the final shortlist including the name for the genus of South African flowers – Protea, but its pronunciation would differ in Czech and English and between people. So, OXALIS won out, since this referred to sorrel and four-leaf clover – a symbol of good fortune.

The company OXALIS was registered on 29 July, 1993, which I ran out of an “office” in the dining room part of my small flat in Zlín, at 289 Mokrá Street.

After a few months, the company relocated to two work spaces comprising 80 m2 in a former dormitory building, at 3685 Nad Ovčírnou, Zlín. Two employees were taken on, and my business set about selling loose-leaf tea with the aim of opening a tea shop in the city.

A search for premises in the city centre yielded the “Tea House” in 1994, comprising a shop on the ground floor and a stylish tea room upstairs. It was a distinct step up from the usual, simpler tea rooms of the time, often run from properties of the owner and in inferior places. The OXALIS venture was costly, though, and the rent reflected its central location. Sadly, it ran at a loss, losing 80-100 thousand crowns (ca EUR 3,800) a year, and proved a drain on finances. My thoughts were that loose-leaf tea wasn’t sufficient to keep the business afloat.

Things turned a corner for the company when a store was opened in 1996 in a shopping centre, at Vinohrady Pavilion in Prague, which was eclipsed in success by another at Černý Most Shopping Centre. This change in type of outlet proved decisive.

The public was largely unaware of what loose-leaf tea was at the time, so the necessity existed to introduce them to its charms. Putting the tea in large, clear jars in the shops was the answer, allowing customers to see the contents and then lift the lid to take in the aroma. Sales shot up as a result.

Accessories were added to the range in the latter half of the 1990s to make it more comprehensive, including such things as tin caddies, glass, ceramic and porcelain items, strainers and filters. Gift packs based around loose-leaf tea came a few years later, which became increasingly important to turnover. 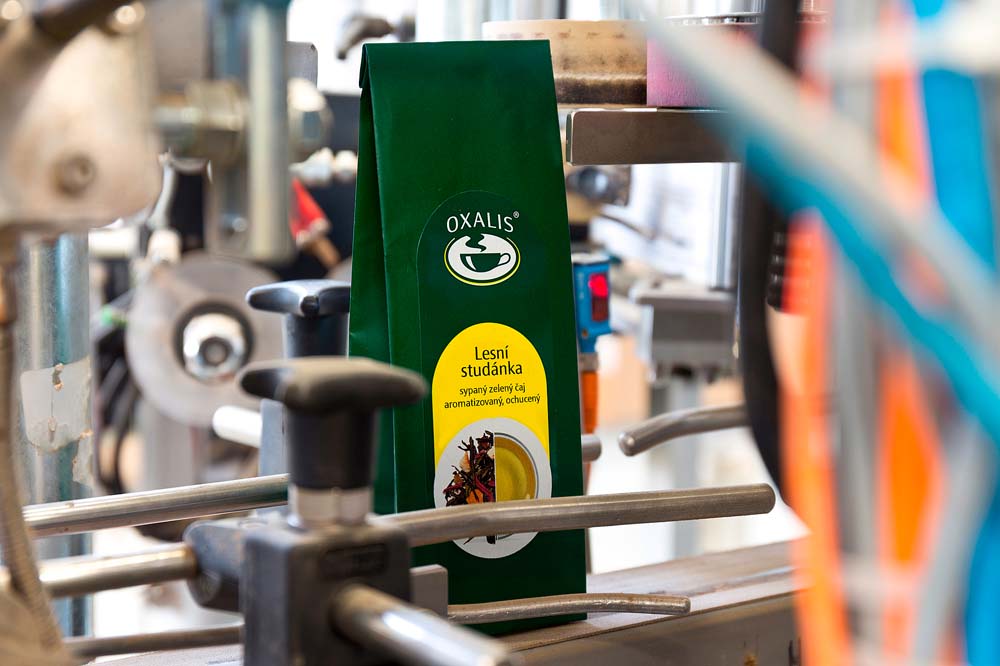 OXALIS sells more than just loose-leaf tea, but it’s what the company was founded on.

It was clear that tea in itself wasn’t sufficient for the company’s future well-being, besides which the costs required for the growing number of shops in shopping centres were high, so the decision was taken to add coffee to the range. Not only was it a natural fit for OXALIS’ assortment, but it would bring in new customers. This important step happened in 1999, and coffee accessories followed on soon afterwards.

This period also marked the time that our team mastered the process of flavouring tea, so we were able to cease the import of goods from Hamburg and Vienna and create blends unique to us.

Later, we began to roast coffee in-house in 2011, an endeavour accompanied by sourcing premium coffee in a more streamlined way, especially through direct trade with the growers.

Our present range usually encompasses around 1,500 items, including packs of different sizes. Every conceivable type of tea is included, along with coffee from all major countries.

Expansion over the years

With the shops in Prague doing great business, OXALIS expanded to the extent it had to relocate. Larger premises in the Malenovice part of Zlín seemed to fit the bill, so we leased the 400 m2 site. This didn’t prove enough, though, so two years later we took on another 200 m2 in another street, followed by 150 m2 elsewhere, along with a warehouse in Prague.

By the millennium it had become clear that centralization was needed. To this end the company purchased a building in the town of Slušovice in 2001, which is the current HQ at the address K Teplinám 663. It originally had two floors with a total floor space of 3,300 m2, but a storey was added in 2007. Furthermore, a distribution centre was set up in Tečovice near Zlín in 2015. All in all, the company’s premises now cover 6,200 m2, while plans exist for further expansion. 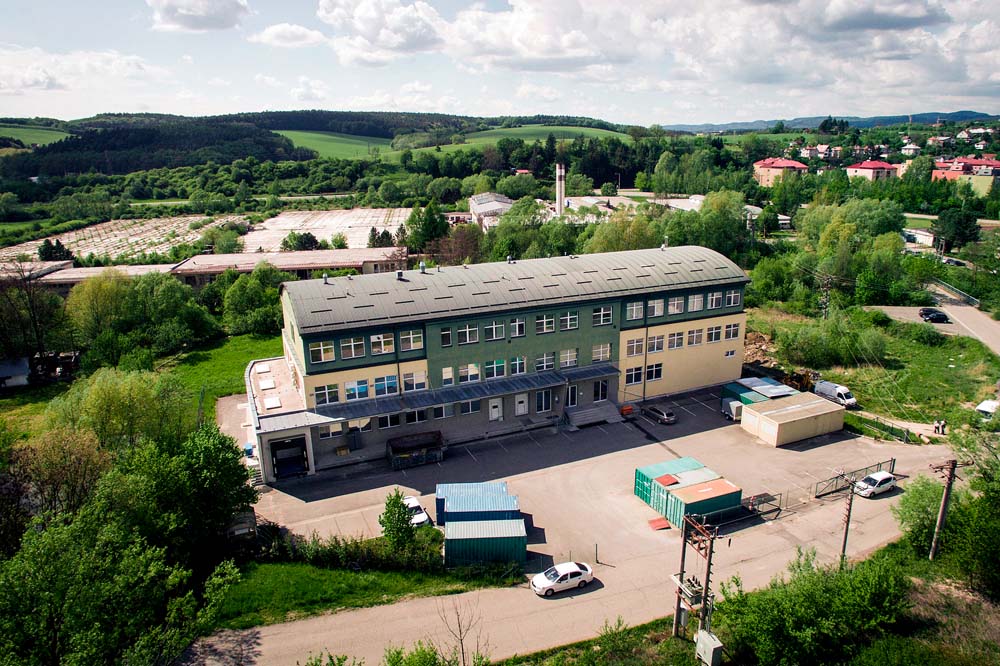 The company's headquarters in Slušovice date from 2002.

The turncoat and the bombshell

Back in the late 1990s, OXALIS’ retail network spanned 5 shops and some franchise outlets. Franchising was still in its infancy, whereby owners sold our tea out of the firm’s glass jars at their establishments. Turnover rose steadily and things looked rosy.

However, something of a black cloud hunger over the company for a period. An employee who had joined the staff early on considered they had a right to claim a share in the firm. Having once run a business with other shareholders and experiencing related issues, I wasn’t interested in repeating history. No agreement could be reached with this individual and they left of their own volition in August 1999. Imagine my surprise, then, when I learnt at the company’s Christmas party that year that they’d stolen all the recipes we’d created and were working with our partner in Slovakia! Things were different back then - the company had no trademarks, wasn’t so well established on the domestic market and didn’t benefit from such a firm financial footing as now. This trying period of ruthless competition lasted a full three years.

A change came about with the arrival of cut-price competitors in Slovakia, which impacted the high numbers of stores run by the turncoat’s operation, and it finally went under due to insufficient capital. Two further attempts by them in the Czech Republic failed in subsequent years, and my ex-colleague eventually gave up the ghost in 2005.

After this storm cloud has passed, OXALIS continued to progress, creating new tea blends and patenting the best-selling ones, spending one million crowns (ca 38,000 EUR) on such protection. We’ve opened numerous shops since, at an even faster rate, which have thrived and propelled OXALIS forwards.

This started out in a simple way, through which shopkeepers could obtain OXALIS’ patented glass jars from us and stock our tea, and anyone who decided to sell products by us exclusively had better conditions. Eventually, there were fifty such “franchisees”.

In 2008, the Czech Franchising Association approached us about membership, and looking into it revealed that our efforts to date had been rather rudimentary. This spurred us on to adhere to valid European standards, and a professional consultant was brought in to ensure we did it right. The end result is a sizeable manual that stipulates regulations for franchising under OXALIS. The company joined the aforementioned association in 2011. Although several of our original “franchisees” chose to end their relationship with us, new partners stepped up. The quality of the franchising concept we developed was recognized in a national competition in 2015 and evaluated as one of the five best, going on to win the contest three years later. Franchising under OXALIS is a viable option for entrepreneurs. 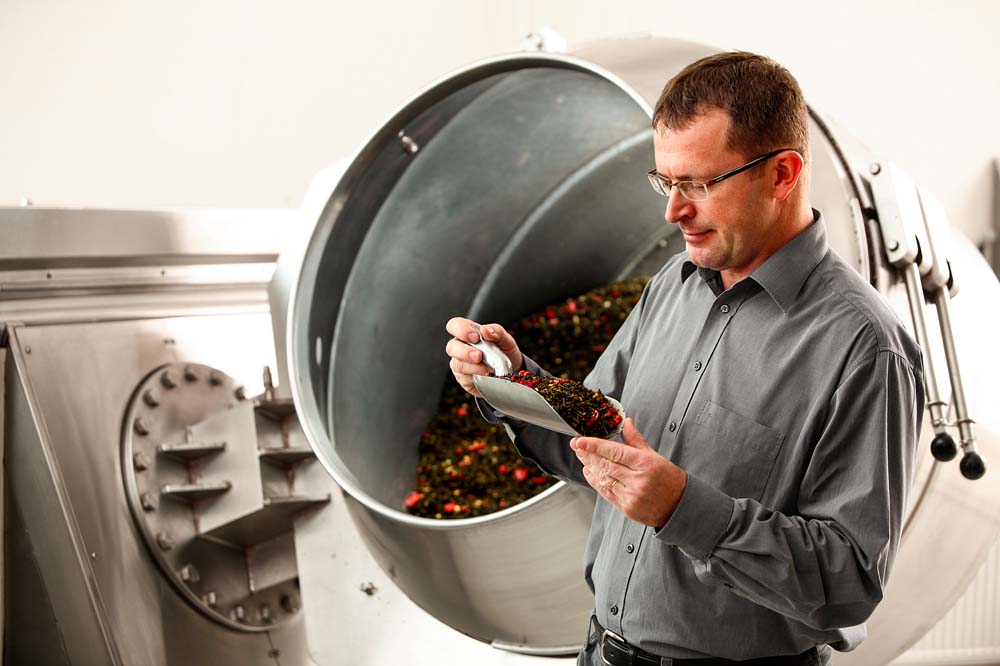 The advance of automation - new machinery streamlines production; for example, this one mixes blends of tea.

OXALIS has had a holding structure since 2017, consisting of the newly established OXALIS as as the mother company and four limited liability entities: OXALIS (wholesale distributor), OXALIS retail (store operator), OXALIS real estate (property owner) and OXALIS Slovakia (stores in Slovakia). This provides oversight as to its various economic activities, as well as greater transparency externally and overall business security.

For the first time in its history, OXALIS exceeded CZK 250 million (ca EUR 9.5 m) in turnover in 2017. The retail network encompasses 35 stores and 30 franchise outlets, accounting for 57% of total sales. Another 22% is generated by export abroad, and the remainder comes from several hundred small shops selling specialized items, gifts or health food. Tea dominates with a share of 60% of turnover, followed by coffee at 20% and another 20% from accessories and packaging. The company's activities are diverse, lending it resilience in the marketplace.

Our team – the soul of OXALIS

The importance of employees to a company can’t be overstated. Its very success and stability rests on their shoulders, and their input is reflected in the firm’s internal corporate culture and public image.

As the owner I was everything at the beginning - storekeeper, accountant, secretary, shop fitter and waiter. The team grew over time and its structure took shape. Certain roles were doubled up, for example, export and marketing were combined early on.

Today, OXALIS is set up along classic lines, with a few exceptions - management of the retail network is connected with marketing, and human resources is handled by several employees. The intention is to address these remaining areas in the next few years.

Administration comprises the CEO and CFO, the departments of Accounting, Import, Export, Marketing and Graphic Design, and the Manager for ISO and HACCP standards. We have four expert tasters, whose job it is to come up with new products and evaluate existing ones. Wholesale domestically is managed by two sales representatives. Dozens of people are involved in processing and distribution, and half of the total number of 140 employees work in the company’s stores. 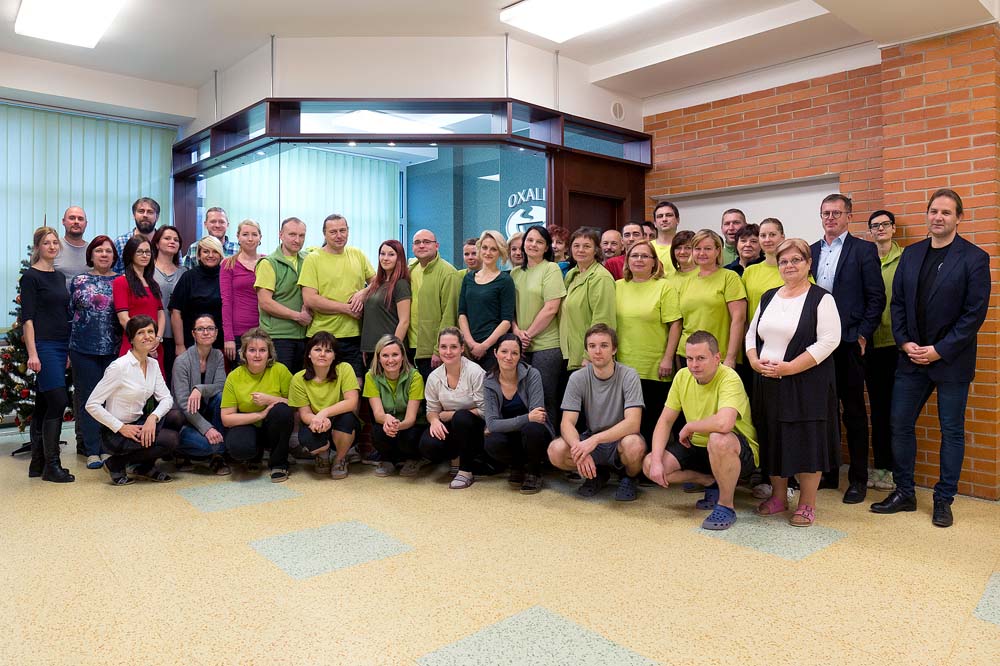 The team at OXALIS HQ - the success of the firm rests on their shoulders.

Several strategic goals are in place for the near future, aimed at reinforcing the firm's position.

We believe the capacity exists for 70-75 OXALIS retail units in the Czech Republic, which has a population of approximately ten million. This expansion shall occur through opening new OXALIS stores and cooperating with franchisees, bringing in more turnover in this critical market for the company.

Export to key territories abroad has grown substantially, so the intention is to pursue this avenue more intensely and increase the volume of such sales. Support is required to facilitate this, and one prop is our Master Franchise Manual, which details how franchising under OXALIS functions abroad. Moreover, the e-shop shall be opened up to certain European countries.

OXALIS has changed and continues to evolve - from a domestic processor and seller of tea and coffee to a respected European company.

Products with the Selection label can only be purchased in the OXALIS tea & coffee shop network and on the website www.oxalis.cz